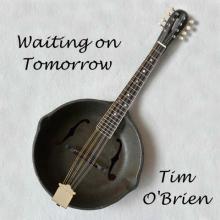 I told you that I loved you but I showed you otherwise
I cheated on you darlin’, I told so many lies
I watched you pack your bags yeah I saw you drive away
Now all my hopes and dreams belong to yesterday

No answer to my letters, you don’t return my call
I’m lookin’ through the pictures that are hangin’ there on the wall
The whiskey isn’t workin’ and I’m still missin’ you
The bottle’s almost empty, I don’t know what I’ll do

The sun is comin’ up now, it’s time to try again
Wipe away the tears away and try to lift my chin
But one and one is two, and two and two’s still four
It all adds up the same, you don’t want me anymore

One morning between Hot Rize tours I stopped by David Ferguson’s studio when he was recording a few songs with the guys on this track. He asked me to join in and when he was done it still wasn’t lunch time, so he asked if anybody had anything to sing, so I pulled out this one.

I met recording legend Kenny Malone about 1990 at a session in Nashville and have played a lot with him over the years. Bassist Dave Roe is another Nashville studio stalwart although I’ve rarely recorded with him. I met singer songwriter Pat McLaughlin around 1990 at a Maura O’Connell concert where we were having enough fun to get shushed by members of her reverent audience. All these guys are master groovers. Kenny is playing a customized djembe, and I’m playing Ferg’s Harmony Rocket through his Magnatone amp.

I love the way Pat plays and sings this true down-in-the-dirt hillbilly blues. He’s an underground hero. Don’t miss a chance to hear him live. www.patmclaughlin.com