Go Down To The Water 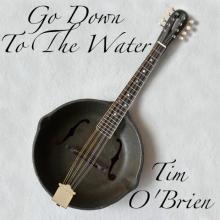 Go Down To The Water

Smell the sea wind, taste it on your lips
That foam that rolls over my lost ships
Write the letter once more in the sand
Where the breakers dip and the undertow slips

It hard to imagine modern folk music without the influence of Woody Guthrie, the Dust Bowl Balladeer from Okemah OK. Celebrate Woody Guthrie’s 103rd birthday on July 14 by singing or playing his fine songs. I recommend a visit to both the annual Woody Guthrie festival held each July in Okemah, and to the new Woody Guthrie Archives in Tulsa OK.

In 1945, Woody sent this beautiful letter/poem to Nora’s mother Marjorie and their daughter Cathy, then two and a half years of age. When Woody was home, the three often went to the beach near their Coney Island apartment, and by this time Woody had been to sea several times with the Merchant Marine. The words suggest a way for the three of them to be together when he was away. Many years later, the family scattered Woody’s ashes at the same beach, and they still visit there with their “man in the sand”.

Go Down To The Water is one of many Woody lyrics that had no known music until his daughter Nora started making them available to various artists around 1997. English singer Billy Bragg, like Guthrie, a friend to the common man, grafted this lyric to the melody of the traditional Irish ballad She Moves Through The Fair for the wonderful Mermaid Avenue recordings. It fits well on the clawhammer banjo, and I love to sing it with Jan.