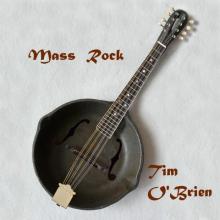 Song Notes:
Faithful Facebook friends might remember an earlier version of this tune and a related video from August 16th, 2013.

It was Jan’s first visit to Ireland and Arty McGlynn and I had played the Hawk’s Well Theater in Sligo the night before. On our way to the next show, Jan and I took a rental car ramble east of there near the County Leitrim border. We drove around Lough Gill, inspiration for at least two W.B. Yeats poems and toured Parke’s Castle located on its northeast shore. Driving along the south shore we saw a sign for a holy well, but somehow missed the turn. Soon after we saw a sign that said “Mass Rock” and turned that way. Several miles later the paved road dwindled down to dirt and then to two tire tracks. We kept driving until our path was blocked by several large trucks.

A friendly man standing by one of the trucks apologized, saying we’d have to turn around, and then asked where we were trying to go. I told him we were looking for the mass rock and he informed us we had missed the turn a couple miles back. If you’ve ever been to Ireland you know the conversation wouldn’t just end there. I asked him what was happening there and he said they were making a movie about an Irishman who returned from the USA in the 1930’s to build a dance hall. We had stumbled on the set of what a year later became the Ken Loach film Jimmy’s Hall. I asked if they’d cast any good Irish actors like Brendan Gleeson or Sean McGinley. He said, “I’m afraid we can’t afford those guys!” We made a three point turn around some heather and sure enough, two miles down the road we saw the sign for the mass rock. Like lots of special sights in Ireland, its signage was mostly obscured by a bush growing right in front of it. Turning left up a pretty little valley we soon arrived at the place.

What’s a mass rock you might ask? It’s just what it sounds like: a rock where you’d go to mass, the rock being a makeshift altar. Why would you attend mass at a rock by a “cold purling stream” in the middle of nowhere? Because it’s the 18th century and you don’t want the English to find out you’re a practicing Catholic, so you walk up the stream-bed leaving no footprints and then celebrate mass in secret with friends and family. There are many such landmarks from the Penal times in rural Ireland. I’d seen a remote Stations of the Cross made from fairly elaborate rock piles in the Burren in County Clare, but this was my first look at a mass rock. It seems like the location had everything going for it – nice big stone, remote location, stream nearby. The rock itself was almost flat on the top and some mortar had been added to make it level.

It was a beautiful sunny day and we had a snack of apple and cheese beside the altar. I grabbed my fiddle and this tune fell out. Inspired by the earlier meeting with the film crew, Jan pulled out her trusty Nikon and made a video.

If you travel in Ireland, build in some extra time, head up a country road, and turn off your GPS. Getting lost is one of my favorite things to do there.
TIM