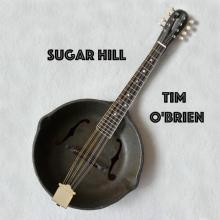 I left my family up on Sugar Hill
Used to sing them old time songs, now I might never will
Since I went away from Sugar Hill

They took all the riches they had down in the mine
Sold to the highest bidder, seems like an awful crime
Guess I can’t go back to Sugar Hill

I used to be country, I used to drink beer
Now it's Champaign music, bunch a rich folks round here
Guess I won't go back to Sugar Hill

There’s a well-known old time fiddle tune called Sugar Hill, but this isn’t the same song. There are also two notable record labels by the same name. Barry Poss launched his Sugar Hill label in 1978 in Durham NC with One Way Track by Boone Creek, while Joe and Sylvia Robinson launched their Sugar Hill label in 1979 with Rapper’s Delight, by The Sugarhill Gang. Barry named his label after the old fiddle number, but the Robinsons named theirs after a section of Harlem. While the New York rap label got more press early on, the Durham label lasted a lot longer, developing its well-deserved reputation as a stalwart of Americana and Bluegrass Music. I have been very fortunate to associate with that fine company.

I first recorded for Sugar Hill in mid 1980’s with Hot Rize, and continued with my sister Mollie, and as a solo artist. In those days the Bluegrass marketplace was much smaller, Americana had yet to be named, and the musicians worked closely with Sugar Hill’s fine staff. I loved how the label office was right next to a funky tuba shop.

In 1998 Sugar Hill was sold to the Welk Music Group, and I started my own Howdy Skies label soon after. As I write this in early April of 2015, I hear the news that Sugar Hill’s catalogue has been sold to Rounder Records (which is now owned by Concord Records) and that the two labels are merging!

The lyric to my song tells an allegorical tale of the label’s history. Barry Poss is a former old time banjo champion, and one of his former employees was future bluegrass banjo luminary Jim Mills, so it’s only right that I play this song on the five-string.