Brush My Teeth With Coca-Cola 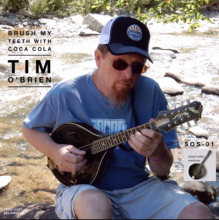 All is money, all is power, one man’s loss is another’s gain
I just do the best I can, put out my bucket, pray for rain
Put out the bucket and pray for rain
Chorus

Once we were Almost Heaven, now we’re open for business
That’s the place that I call home, West Virginia

On January 9th 2014, some ten thousand gallons of MCHM (4-methylcyclohexane methanol, a chemical bath for coal) spilled into the Elk River upstream from Charleston WV’s water treatment plant, resulting in contamination of the water supply for over 300K people. The governor warned folks not to drink, cook, wash, or bath with their licorice smelling tap water. Meanwhile the tainted water had flowed downstream into the Ohio, causing the Cincinnati water treatment plant to close its intakes and shift to emergency reserves. Upstream in WV, hospital emergency rooms dealt with increasing cases of skin rashes, eye irritation, nausea, anxiety and migraines. It took six weeks before residents were given the all clear to drink and bath with the water from their faucets, but problems persisted. Meanwhile, between underground mines, mountaintop removal, and fracking, well water has also become more and more suspect.

I read the story with interest, and soon friends in my home state of West Virginia were talking once again about the chronic problem of slack enforcement of environmental safety regulations in the state. At the end of April, a woman approached me at the Merlefest merch table and gave me a copy of the New Yorker magazine containing an article on the spill. She said, “Someone needs to write a song about this. Please do it.” I read and studied and scratched my head for a few weeks. Then I remembered Eddie Stubbs, back in the ‘80s, telling me about traveling with the Johnson Mountain Boys in Africa. He said, “Tim, the water was so bad there, we had to brush our teeth with Coca-Cola.” Linking Eddie’s description of bad water to the recent spill in Charleston was all I needed to jump-start this song.

All proceeds from this inaugural Short Order Sessions track will benefit AWARE, Artists Working in Alliance to Restore the Environment. AWARE’s statement of purpose is: to raise awareness of environmental issues and raise money to distribute to existing environmental organizations in West Virginia.
www.awarewv.org, www.facebook.com/awarewv).

I had already been approached by friends in WV about the need for songs to sing, and so I was glad to come up with this ditty and the motto: