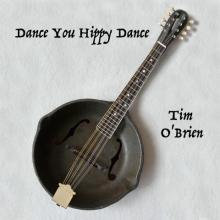 Photo Credits - Tim O'Brien and Jan Fabricius
Camper art by Peter Lague Lawrence, Kansas painted over a 4 day period at the Walnut Valley Bluegrass Festival during the festival in 2008.

Do you have a hackie sack, are you wearing dreads?
Follow Yonder Mountain? You heard what I said
Chorus

Do you go to Delfest, Hardly Strictly too?
In between is Telluride, bring your hula-hoop
Chorus

Dirk is on the fiddle, Michael’s on the flute
Johnny’s on the guitar, but where’s my hula hoop?
Chorus

I love this little farm girl, she dance the best she can
Through her daddy’s wheat field, I call her “Kansas Jan”
Chorus

I knew her for a long time, but now she lives with me
In the town of Nashville, call her “Janessee”
Chorus

I dress in a special style, flannel derby weird
I call it “Lumbersexual”, grow a big old beard
Chorus

If you’re up in Glasgow, here’s what they all say
If you like good dancin’, look for Molly Mae
Chorus

(Dance in your own style)

Yonder comes a hippy, how you think I know?
See that long hair hangin’ down, smell patchouli oil
Chorus

Song Notes:
I first learned this tune from Dirk Powell as Brown Eyed Rabbit’s Gone, with lyrics about that very thing. Twenty or so years later, I was hanging with my Telluride friends the Lamb family, when Jesse Lamb and I hit on the idea of rewriting those words. There’s a whole subculture of Deadhead ‘”spinners”, “hippy hoppers”, “noodle dancers”, and now “hula hoopers” at American bluegrass festivals these days, and the verses have grown (groan) in number since I started singing and playing the song on the circuit. I love to play for dancers and this song is dedicated to them all.

The Video:
I go to Celtic Connections in Glasgow every January to take in the music and to play some myself. On the very last day of the festival, I organized this recording session and video shoot. I didn’t know there was a major football match between Glasgow rivals the Celtics and the Rangers that day, and that taxi’s would be hard to come by. Somehow, everyone showed up and we were able to record this and shoot the video in all of two hours.