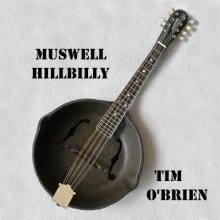 ‘Cause I’m a Muswell Hillbilly boy
But my heart lies in old West Virginia
Never seen New Orleans, Oklahoma, Tennessee
Still I dream of the Black Hills that I ain’t never seen

‘Cause I’m a Muswell Hillbilly boy
But my heart lies in old West Virginia
Though my hills, they’re not green
I’ve seen them in my dreams
Take me back to those black hills
That I ain’t never seen

Ray Davies is the songwriting hero and front man of British rock band the Kinks. Many of his wonderful songs, Muswell Hillbilly included, cover the quirks of his London working class upbringing. In this song he describes the neighborhood where he grew up and where the Kinks formed in the early 1960’s. Producer Jim Pitt, then music director for the Conan O’Brien show, asked me to sing Muswell Hillbilly for a tribute recording called This Is Where I Belong; The Songs of Ray Davies, and I was honored to do so. Other artists covering Davies’ songs on the project include Ron Sexsmith, Steve Forbert, Jonathon Richman, Fountains of Wayne, and even Ray Davies himself. The CD was released in November of 2002 on RCA.

During the time of this recording, I often performed with Darrell Scott, Dennis Crouch, Kenny Malone, and Dirk Powell, so it was easy enough for us to assemble at Darrell’s home studio, where Darrell and I had earlier recorded our Real Time project. As I remember it, we recorded the basic track, then added background vocals and twin fiddles one day, and mixed a few days later. It was my intention to put the song into a kind of mainstream Nashville format. We had a good time that day and I love the song.