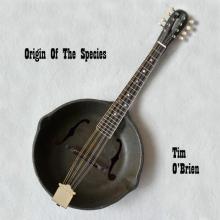 They left the garden just in time
With the landlord cussin' right behind.
They headed East,
and they finally settled down.

One thing led to another:
A bunch of sons,
One killed his brother
And they kicked him out with nothin' but his clothes.

And the human race survived
'Cause all those brothers found wives
But where they came from
Ain't nobody knows.

Then came the flood
Go figure...
Just like New Orleans only bigger.
No one who couldn't swim would make it through.

The lucky ones were on a boat
Think "circus"
And then make it float
I hope nobody pulls the plug on you!

How they fed that crowd is a mystery.
It ain't down in the history,
but it's a cinch they didn't
live on cakes and jam.

Lions don't eat cabbage
And in spite of that old adage,
I ain't never seen one
Lie down with a lamb.

Well, Charlie Darwin looked so far
Into the way things are.
He caught a glimpse of God's
unfolding plan.

God said: "I'll make some DNA"
They can use it any way they want
From paramecium
Right up to man."

"They'll have sex
And mixed up sections of their code
They'll have mutations...
The whole thing works like clockwork over time."

"I'll just sit back in the shade
While everyone gets laid.
That's what I call
Intelligent design."

Yeah, you and your cat named Felix,
Both wrapped up in that double helix,
Is what we call
Intelligent design.

I’ve known Chris Smither’s music since the very first time I heard Bonnie Raitt’s fine recording of Love Me Like A Man in 1972. In the fall of that year, I got to hear Chris sing it when he opened for Richie Havens in Augusta, Maine. Years later, I got to meet Chris and am honored to call him a friend. We’ve even toured and recorded together. He’s a lovely man who plays some great guitar and writes a lot of fine songs.

This track was released in 2014 on the compilation Link Of Chain (www.SignatureSounds.com) celebrating Chris’s 70th birthday. I thought about trying to make a sorta Dixieland version of the song, set the recording date and then dragged my feet for a while. The night before the session I attended the Americana Music Awards show and saw Jim Hoke play about 15 instruments with various performers as part of the house band. One of those instruments was clarinet and an hour before I was due at the studio, I called Jim to see if he might come along. He had a few free hours, so then I called Mike Bub who broke away from a car auction and went to retrieve his bass. We played the song through once, then recorded two takes and used the second one. Within two hours we’d recorded and mixed the track. Nice when it happens that way! Thanks to my friend Jimmy Goldman who kindly lent me the S.S. Stewart cello five string banjo (circa 1920) that I played on this song. Jimmy plays banjo some himself, but he’s better known in his native Pittsburgh as an architect.