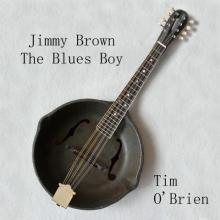 Three thousand friends on Facebook sir, but few will have to pay
They rip my disk, compress the file, email it that same day
I’m still makin’ music sir and I’ve still gotta live
You still listen to my songs so somethin’s gotta give

America was built upon an interesting idee
It started up in Boston back in 1773
They had a big old party there they made saltwater tea
The party never ended, we still want our stuff for free

We hate our politicians with their evil taxing ways
We want good roads, we want good schools but we don’t want to pay
We all want to have our cake, we want to eat it too
It’s all a grand experiment but now the bill is due

In the mid 1960’s I listened to country music late at night via WWVA in my hometown of Wheeling WV. The late night DJ would do commercials for Jimmy Skinner’s Record Shop and list the titles you could buy through that mail order service. Jimmy Brown The Newsboy was a hit for both Mac Wiseman and Flatt and Scruggs, as adapted from an earlier Carter Family recording, which A.P. Carter himself adapted from an even older version. I try to give some of Earl Scruggs’ wonderful guitar playing flavor on this track.

My version changes the original story of an orphan newsboy to the tale of a struggling songwriter in the new millennium. My Jimmy Brown may not sing blues music per sea but he does have the blues about his situation, so I changed his occupation to “blues boy” in the title. While I have made good pay as a songwriter in years past, the revenue streams are quickly drying up in this age of digital file sharing and subscription music services, and my lyric addresses some of that change.