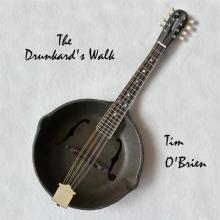 Another fine true-life song from my old friend and hero J.D. Hutchison. This one has a traditional bluegrass gospel feel, though the message of warming is more brotherly than heavenly. I accompany my voice with a wonderful mandola made by Michael Kemnitzer of Nugget mandolins. Nugget and J.D. are old friends too. They met in the early 1970’s in Athens Ohio, where Mike was studying art and was blowing glass. J.D. renamed him Nugget because he was a smallish guy with reddish hair, and he also told him he should make mandolins. Thanks J.D. and thanks Nugget!

Jan Fabricius brought her camera to the session and made a video while I recorded. That’s Conway Twitty and his band playing behind me. Silently.
Video Link: https://youtu.be/nbf04pslMpk

Mandolin players will notice in the video that I seem to be playing in D but the music is actually in G. That’s because mandolas are tuned one fifth lower. That means mandolin players can make music on them but also that they can easily forget what key they’re in! Mandolas are to mandolins what violas are to violins, and musicians make the same kind of jokes about people who play them. Here’s one: Q) What’s the difference between a frog and a mandola player? A) The frog might actually be headed to a gig.

Followers of SOS will know that I’ve recently recorded two other J.D. Hutchison songs and that his first recording in 15 years is in the making. Release on Howdy Skies records is coming soon, and he’s playing a big CD release party on September 24 in Marietta OH, along with his band Realbilly Jive, Jan Fabricius, and myself.

A crowd sourcing campaign to fund J.D.’s recording ends in a week, so if you like this music, please help at: