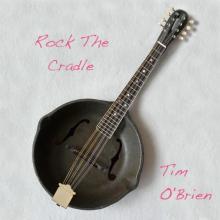 Mama needs a break, a little glass of wine
Hangin’ with the grown-ups a big old time
Makin’ a record in the cabin below
Springtime in Chester, three feet of snow
Rock the cradle Dede, rock the cradle Mina
Rock the cradle Annabelle

Last March, Jan and I spent a week in Chester, Nova Scotia for the production of Old Man Luedecke’s CD Domestic Eccentric. There was three feet of snow on the ground, and we made the 200 yard commute from Chris Luedecke’s home and his garage apartment guest quarters via an icy path that had been cleared by a back hoe a few days before our arrival. In between sessions we hung out with Chris, his wife Teresa, and their twins Cordelia and Wilhemina (Dee Dee and Mina, 4 years old) and younger daughter Annabelle (18 months old). After we recorded and edited all the CD tracks, we found an hour to put together this ditty for SOS. For a look at the girls, check out his Early Days video at www.oldmanluedecke.ca.

I love Chris’s songs and singing and his recordings. We met several years ago in England, traveling together on a little mini tour, and since have worked on three of his CD productions. Domestic Eccentric features mostly duets – me and him playing live in his cabin - with a few trios. And we’re touring together later this month and into November, so come see us!