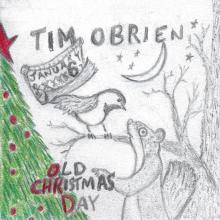 The new and more scientifically accurate Gregorian calendar was introduced by Pope Gregory in 1582. Eleven days shorter than the previous Julian calendar, it still labeled December 25th as Christmas, but the day that had been December 25th was now labeled January 6th.

Britain and its colonies adopted the new calendar officially in 1752, but Protestants in America and elsewhere generally rejected anything to do with the Catholic church. Appalachia was especially slow to adopt the new system but started calling January 6th “Old Christmas”.

In remote mountain communities, a lot of Christmas folklore remained attached to January 6th. There were various beliefs – don’t throw out the ashes from the Old Christmas day fire until the next day; water turns into wine that day but it’s bad luck to taste it (drink beer or whiskey instead?); and a child born on Old Christmas day can heal the sick. It’s also good luck to eat a piece of pie or cake made by another person on Old Christmas day. So, bake stuff and try to get others to eat it and hope they offer you something that came from their oven. (The tradition of eating mince pies and fruit cakes made with whiskey came to America with the Scots Irish.) The calendar change also gave birth to the idea of “the twelve days of Christmas”, and in Appalachia, a tradition called “breakin’ up Christmas” emerged with people visiting family and friends for several days at a time.

One belief was that at midnight on Old Christmas Eve, the elder bushes bloom and animals talk to each other. The legend had to do with those animals’ presence at Jesus’s birth, and their being filled with the Holy Spirit once a year on that night. Thomm Jutz and I got together to write a song on January 5th, and this is the result. Thanks to Thomm for uncovering this bit of folklore. They say it’s bad luck to hear the animals talk on Old Christmas Eve, but we can still imagine what they might say!

Jan and I here at Howdy Skies Records world headquarters wish you a warm and peaceful Christmas and a prosperous New Year. One last thing, it’s good luck to keep your tree up until January 6th, but bad luck to leave it up past that date.

The sheep and all the chickens, the cattle and the pigs
The rooster’s on the fence, the crickets play a jig
They’re airing every grievance, get their woes out of the way
Wrapping up another year on Old Christmas day
Christmas Day, Christmas day
In the middle of the winter night on old Christmas day--